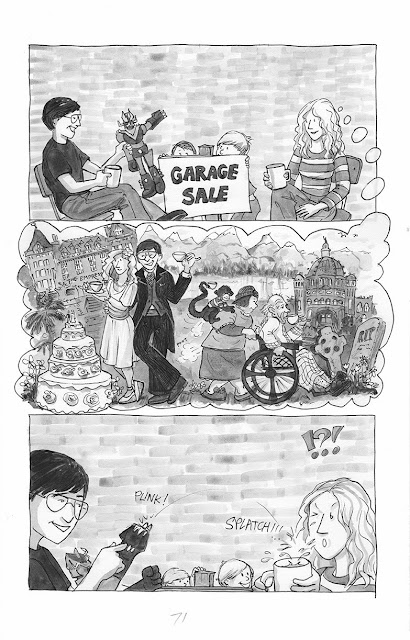 This sequence is a continuation of the pages I already posted, were we had a huge garage sale before moving to the west coast. The thought of moving to Victoria was becoming a reality "the land of the newly wed and nearly dead!" I was a bit nervous about such a big move but that was tempered by the excitement of owning a home, half a block from Gonzales beach - the Pacific Ocean!!! The real estate market was depressed out their at the time, which enabled us to purchase our first house. We had to sell most of what we had, to make the move easier and cheaper. There were a few things from Kens' toy collection he couldn't part with, like this Japanese robot toy called Mighty Mazinger - thirty years later... we still have it! 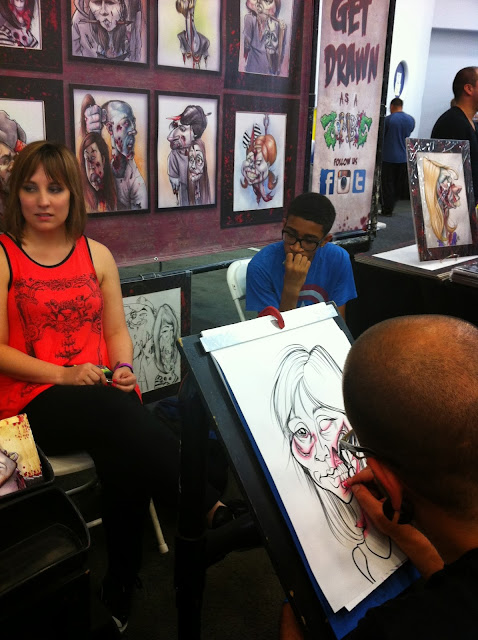 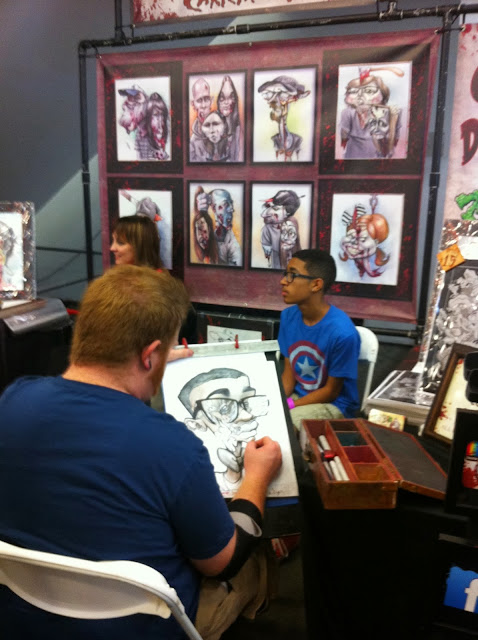 These photos were taken with my iPhone at the New York Wizardworld Con. in July. There were two guys drawing these Zombie caricatures, they were amazing!!! They used Prismacolor Art Stix and Copic markers for the final rendering. I would have liked to have got one of me but the line up was huge - the artists must have filled their boots at $30.00 dollars a pop!
Posted by Joan Steacy at 11:30 AM No comments: